A boost, also known as a burst, speed boost or energy boost, occurs when a player comes within close proximity of another powerline. The player's powerline gains a speed increase which can be used to gain leverage on the opponent and quickly take them out. However, the opponent may swerve the opposite way and use the boost against the other player, taking them out. It all depends on the situation.

A powerline boosting from the king.

Two small powerlines boosting from a larger powerline. The solid blue line to the right is the edge. 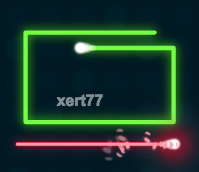 The red powerline is boosting off of the green powerline. 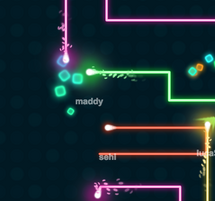 Players racing to get food.

HIT 67k in Powerline.io Getting 65k+ Points & 170+ Kills Stealing All the Food ROADTO100KPOINTS 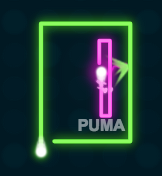 Add a photo to this gallery
Retrieved from "https://powerline-io.fandom.com/wiki/Boost?oldid=699"
Community content is available under CC-BY-SA unless otherwise noted.