The king is the player with the most points, therefore, the king is the longest powerline and takes up the most space on the map. They are identified by a yellow crown icon that appears above their powerline's head. The king is usually a target for most other players in the session, as they drop the most food when killed, and their position is always marked on the map and on all players' screens by the yellow crown icon. The King usually has a Kill Streak because many players will run into them, as their powerline is of a large length. 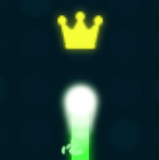 A player is the King 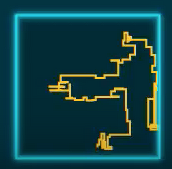 This king takes up a lot of space on the map.

A king with a 72 player kill streak.
Add a photo to this gallery

Retrieved from "https://powerline-io.fandom.com/wiki/King?oldid=680"
Community content is available under CC-BY-SA unless otherwise noted.